The challenges facing Egypt’s natural protectorates and biodiversity are many and varied. They include: climate change, habitat degradation and desertification; tourism market volatility; wildlife crime; and human-wildlife conflict as a result of population growth and changing land uses habits of communities that coexist with PAs. To tackle these threats, Egypt issued Law 102/1983 to establish a national system of protected areas (PAs), elaborated a national strategy and action plan to protect biodiversity (NBSAP, recently updated), and signed several protocols and conventions, such as United Nations Convention for Biodiversity (UNCBD) the Convention on Wetlands of International Importance (RAMSAR), the UNFCCC and UNDCCD.

The Italian Cooperation has been active in supporting activities to protect Egyptian environment and the development of Egypt’s PAs system. In fact, since the 90s In Egypt has been supported by Egyptian Italian Environmental Cooperation Programme (EIECP). The first phase of EIECP started in the late 90s, while its second phase came to an end in 2010. EIECP supported Egypt in protecting natural endowment and cultural heritage through a) Legal and Institutional Framework Project (LIFP); b) Capacity-building and institutional support for NCS; c) Siwa Environmental Amelioration Project (SEAP); d) Institutional Support to the Supreme Council for Antiquities for Environmental Monitoring and Management (ISSCAEMM); e) Decision Support System (DSS) for Water Resources Planning based on Environmental Balance; and f) Elba PA Development project; and g) Wadi Rayan and Wadi Hitan Protected Area (WHPA), which was declared as UNESCO World Heritage Site. With specific reference to the second phase of EIECP (EIECP II), the focus was on improving the governance of natural resources by empowering local communities and linking poverty and environmental management issues at the local level, such as the case of Siwa. On the same line, the project titled Strengthening Egyptian Protected Area (SEPA) project, funded through the Italian Egyptian Debt for Development Swap Program and currently under implementation as a bridging phase between EIECP II and III, is valorising Wadi Hitan site through the establishment of a fossil museum, also with the aim of catalysing eco-tourism activities.

Now, NCS capacities need further consolidation with reference to the planning, implementing and monitoring of sustainable development initiatives .In this respect, EIECP III worth 2.4 M Euros, implemented by UNDP will also tackle other PA management needs of the Nature Conservation Sector (NCS) which lies under the Egyptian Environmental Affairs Agency EEAA, including information gathering/generation management and analysis. These programme has three main components (i)Community Based Natural Resources Management (CBNRM) schemes will be developed and implemented to promote sustainable development in a number of project Intervention Areas (IAs); (ii) Sustainable Eco-Tourism and (iii) the integration of all other potential local economic activities, such as agriculture, ranging and fishing in the CBNRM schemes in and around PAs.

Another initiative that aims on promoting a sustainable environmental management in Egypt, is the Development of 15th of May Zabaleen Recyclers Community, worth 1.5 M Euros, in collaboration with the Ministry of Housing and implemented by the Informal Settlements Development Funds (ISDF). This project has two components: Environment and Social Empowerment of vulnerable groups in particular women. One of the main activities for the 15th of May “Zabaleen area” is to make the area safe from any floods. For this reason part of the budget is allocated for the realization of a drainage canal. This part of the project will be implemented directly by the Ministry of Water Resources and Irrigation (MoWRI). Furthermore, they will have the possibility to involve in the participatory workshops, the instrument that will allow them to bring their ideas into action for the development of their own community. The second component is the social empowerment of vulnerable groups, especially women, through the the realization of different awareness campaigns (environment, health, education). The main target group identifies for the project are women; Women live in the Zabaleen area of 15th of May are one of the target groups of this project. They will be involved from the beginning of the project “In the participatory map exercise and also in the awareness campaigns” 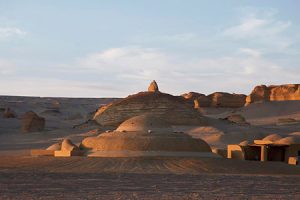