This regional propgramme, funded by the Italian Agency for Development Cooperation (AICS) for a total amount of six million Euro, aims at protecting and empowering the Syrian refugee women and girls and those of vulnerable host communities in Egypt, Jordan and Lebanon.

The three components which will be implemented in Egypt, Jordan and Lebanon are described below:

Please find below two stories from the beneficiaries' point of view related to the first component of the project implemented by UNFPA in Egypt.

Free Again: The Story of Wahiba from Syria

Wahiba is a 30 years old Syrian girl. She came to Egypt in 2017. She graduated from the school of business at Ain Shams University where her suffering from nationality-based discrimination started.

A failure, this is how she was usually looked at in comparison to her Egyptian peers in the same workplace. She was working in a toxic environment where her employer burdened her with massive amounts of workload over a long period of time in exchange of a low salary. She was expected to submissively accept the situation out of her urgent need to find a job to be able to financially provide for herself. This was not the end of it, as Wahiba also suffered from incidents of harassment both at work and in public transportations. These incidents intimidated her to the extent that she quit her job and became terrified to go outside of the safety of her house.

Having heard of the activities taking place in Sanad, the safe space project implemented by Etijah in partnership with the UNPA to provide a healthy and safe environment for community people and refugees in Haram and New Damietta, Wahiba participated in the storytelling workshop which was a sort of a safety zone for her where she was able to share her own story. She then took part in Sanad’s bazar by exhibiting her own handmade crochet products and accessories. In addition to this, Wahiba managed to participate in Care International facilitation training by the support of one of Sanad’s case workers.

Now, Wahiba moderates her own workshops around Gender-Based Violence (GBV), where she raises the community’s awareness around issues of GBV, as she has become confident in her abilities. “Without Sanad, I would have been the prisoner of my own thoughts. Thanks to Sanad I am free again,” says Wahiba. 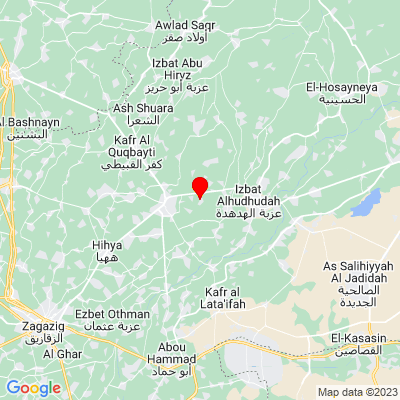 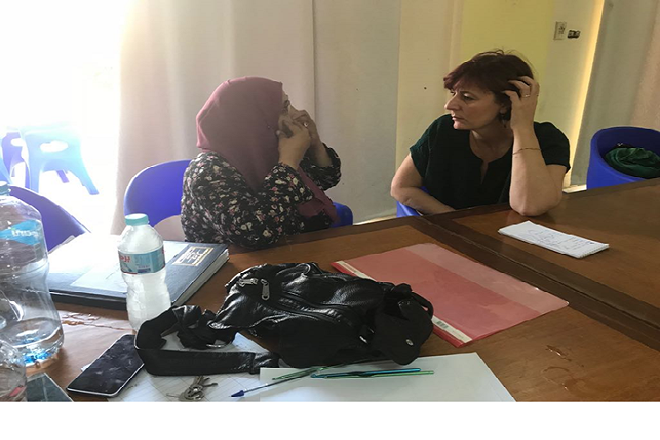